Fandoms are a fun way to meet other people who share the same interests in different movies, TV shows and music. They are part of a community that makes content, and praises these fan-based content that makes others feel like they are right at home. it’s comforting, it’s entertaining, and in most cases it is life saving. Certain fandoms come together and help one another, And more often than not, they share their deep feeling towards this content, or band. But what really helps fandoms come together is when these bands or artists reach out to these fans.

if you have a twitter account, you see on a daily bases that certain artists respond to tweets that fans send out, and reach out to them when they tell them how much they love them, or when they just want their favorite artists to just encourage them. Most of the time these artists will reach out to you (chances can be slim because hey get 1 million notifications every day, but it does happen). When artists do this it really makes the fans feel important, and makes them feel better if they are depressed. You see this kind of thing more often with underground, or Warped Tour bands, but either way it’s still pretty cool.

Fandoms can be a mix of different emotions, but when you find the right one you just know. One fandom I was a part of for 4 years (if you could even call it a fandom) this fandom was of a band called Crown The Empire. If you’ve never hear of them, they are a rock band, they aren’t huge and mainly played at Warped Tour and of course their own tours. Bu this community was super encouraging and a lot of their fans have mental health problems, their fans help each other out an constantly encourage each other. Crown The Empire’s music can get pretty deep, so a lot of people with anxiety and depression can relate to it. Being a part of this fandom has helped me out a lot, mainly from just reading tweets between fans, and it’s a pretty humbling thing to se in this community. 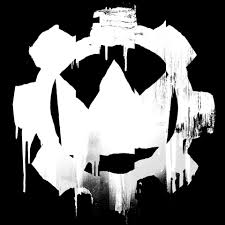 Very often fans will reach out to an individual band member and tell them persona;;y how their music has saved their lives, and how without them they wouldn’t be here. They almost always reply and make sure that that fan is being heard, and I find that to be an amazing thing. This fandom and band ha helped me as well, and has saved my life in the past. Their music and the way they carry themselves on social media is nothing but encouraging and loving. Basically, without their fans they wouldn’t have come as far as they did, and they constantly make that known. But to be part of a fandom that cares about the well-being of their fans, and fellow fans that care about the well-being of each other is an amazing thing to witness.

I can’t find specific tweets on google from the band, or from fans, but over the summer there was a girl floating around twitter doing sign language to songs from Black Veil Brides, Bullet For My Valentine, A day To Remember, and of course Crown The Empire, along with many other bands. There was one girl who hated what she was doing and constantly bullied her on twitter and asked her to stop signing to Crown The Empires songs because she “sucks” that shes ugly, and that everyone thinks her content is stupid. One of the ab members was getting sick of seeing this girl tear one of their fans down over something shes clearly very good at, and that the band loves to see. This band member basically told her that if she keeps on bullying this girl she might as well not be their fan anymore, he also said “if you have a problem with her, then you have a problem with us”. Seeing him say that really makes me proud to be a fan of this band. To stand up for a fan and tell this bully, in nicer terms, that what she’s doing is awful, and that they don’t want fan like that is amazing. Most bands ignore this drama for different reasons, but Crown The Empire sticks up for their fans completely. It’s something that’s very great to see.

Being part of his fandom, a fandom that is super encouraging and where the band sticks up for their fans and shows gratitude, helping them when they need love is an amazing thing to see. Just reading these tweets back and fourth puts my anxiety at ease. These fandoms save peoples lives and really help them to cope with mental illness in most cases. Fandoms are the foundation to fans lives, a community that is fun and helpful all in one. It’s something that really gets you i this state of mind that fandoms are a good thing, and perhaps life saving as well.

2 thoughts on “Fandoms and Mental Health”